The nominee, Volunteer Firefighter Jason Cadenhead, deserves the 2020 Silent Hero Award in the category of Heroism because of his Heroic Actions while operating at a working residential structure fire on October 23, 2019.
At 12:53 the Troup County Fire Department received an alarm of a residential structure fire with entrapment located at 395 Pine Hill Rd., LaGrange, Georgia. Upon arrival of Tanker 5 (other units were responding to another fire alarm) personnel found heavy fire coming from the front of residence and smoke throughout. Personnel used a 1 ¾ hand line to attack the fire and other personnel were trying to gain access to the room where the victim was located. The windows to the victims’ room had wire over one window and a window air conditioning unit in the other. Personnel removed the window unit to remove smoke from the victims’ room that was down to the floor and other firefighters started to work on the wiring over the other window. While working on the wired window, we heard the victim lying on the floor in front of the bed. Luckily, the door was closed but fire was impending into the room and the room was full of smoke.
Once the personnel got the wire off of the window more personnel started arriving with more apparatus and equipment. Volunteer Firefighter Jason Cadenhead was asked to enter the window to stay with the victim that was on the floor until more personnel could get into the house to knock more of the fire down and start extrication of her from the house. Volunteer Firefighter Cadenhead, who was in full Personnel Protective Equipment except for a Self-Contained Breathing Apparatus, did enter the window without hesitation. Smoke was heavy in the room, but Firefighter Cadenhead stayed low to the floor next to the victim and reassured her that she would be ok and that there was help on the way.
The victim could not be removed from a window because of being obese and could not walk on their own accord.
Once the bulk of the fire was knocked down three other firefighters started the extrication through the burned portion of the structure and Firefighter Cadenhead exited through the window that he entered.
During the entire operation, Firefighter Cadenhead showed professionalism, courage under fire and he did not hesitate to place his life on the line for another human nor did he leave her side until she was clearly out of harm’s way.
There are many firefighters who would have done the same thing if they were asked to but being a volunteer firefighter and doing this heroic action, this is uniquely special. Volunteer firefighters are often forgotten about when it comes to awards, but this volunteer firefighter deserves to be recognized for his Heroism in the line of duty. 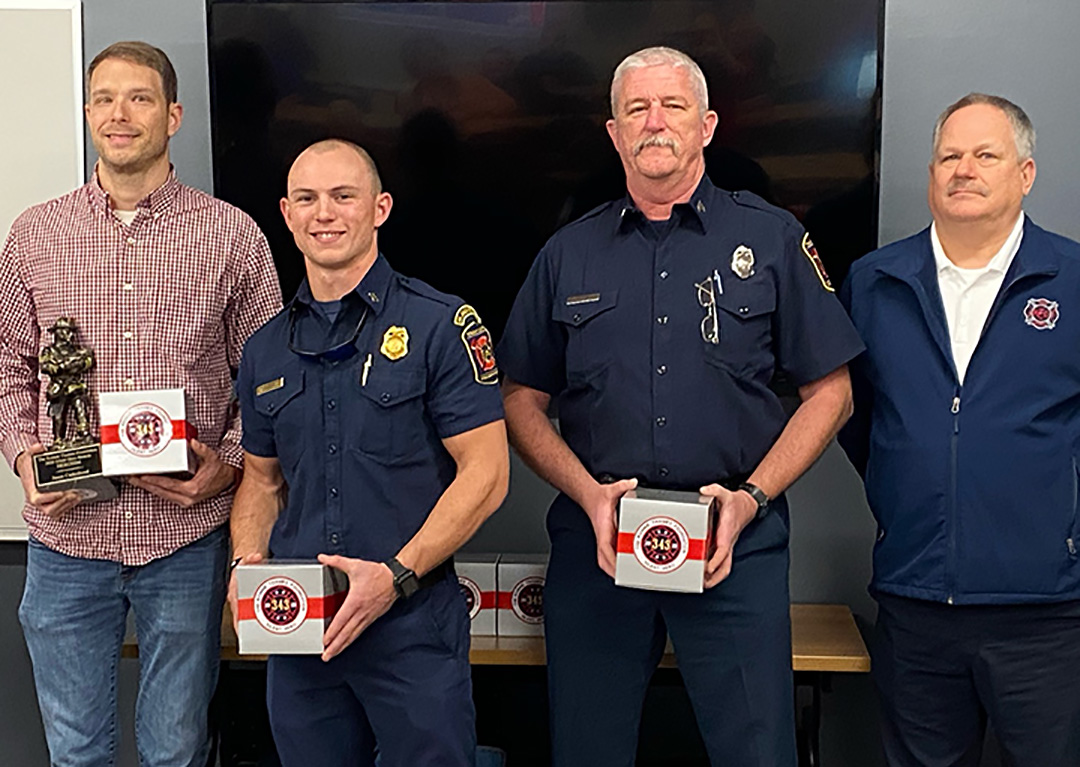