On February 24, 2018, Clayton County Fire & Emergency Services responded to a person being attacked by a dog. Upon arriving at the calls staging area, firefighters witnessed a victim being attacked by a large, aggressive dog. The victim’s neighbor was on scene attempting to help the victim and ward off the aggressive dog. The neighbor ultimately became a victim as well. Both the original victim and the neighbor were seriously wounded, and the dog was not retreating. Clayton County Firefighters found both victims on the ground heavily wounded and incapacitated. The dog pinned both victims to the ground biting their faces and necks viciously. Discarding personal safety, Lt. Pepples and FF Kelley donned PPE and selected tools to use in an attempt to chase the dog away and rescue the victims. As they approached the scene, the dog retreated to the backyard. The neighbor was able to run to the ambulance for refuge and was treated and transported. The original victim was unable to move and was bleeding heavily from traumatic wounds. As Lt. Pepples and FF Kelley attempted to recue this victim, the dog again charged towards the scene. Lt. Pepples and FF Kelley were able to prevent the dog from further injuring the victim by warding it off with their tools until Clayton County Police arrived. The victim was then treated and transported to the hospital by Lt. Pepples and FF Kelley and has since made a complete recovery. 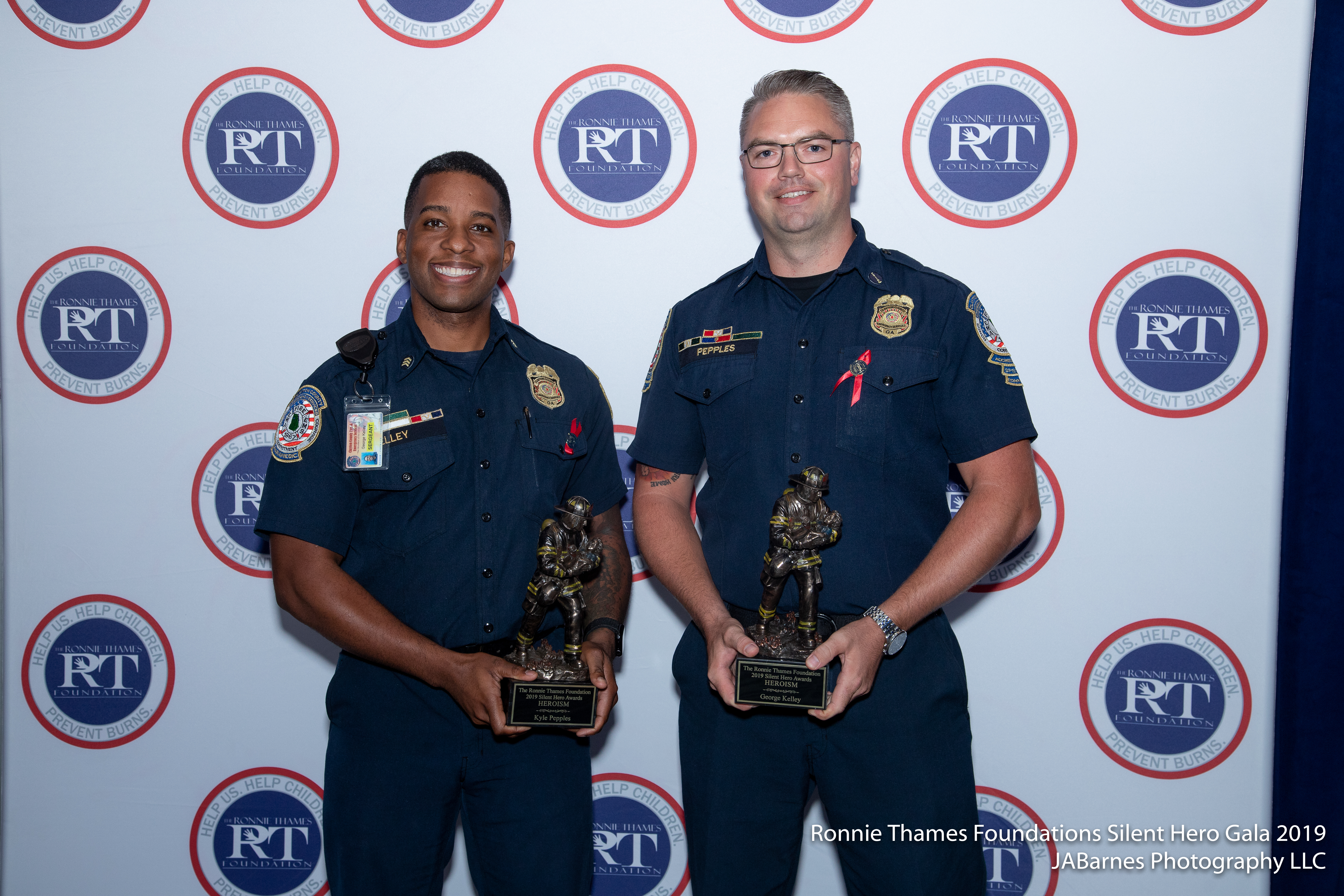